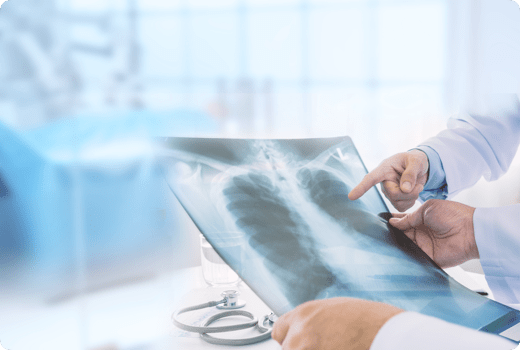 A Pioneering Compound Treatment for IPF

Current treatments only slow the decline of lung function and have demonstrated significant side-effects and intolerance. There is a clear need for better therapies for IPF, ones that will not only slow down the disease, but will address the underlying causes and improve lung function. 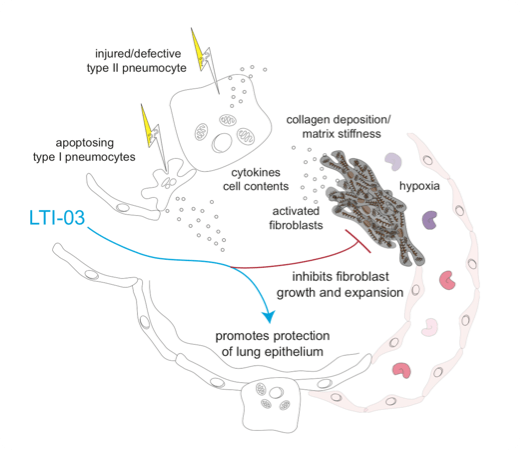 Lung Therapeutics is developing LTI-03 for the treatment of IPF. LTI-03 has a unique mechanism, one aspect of which involves inhibiting the formation of scar-like material in the lungs. More importantly, however, this mechanism also promotes protection of critical cells in the lungs which are believed to be vital in improving and restoring healthy lung function.

LTI-03 is a peptide representing an important region of the Caveolin 1 (Cav1) protein.  Cav1 normally provides a critical function in the prevention of fibrosis by maintaining a balance between pathways that both initiate and halt lung repair and cell movement. In IPF, the normal function of Cav1 is lost, resulting in an imbalance in cells and the development of fibrosis. Preclinical studies have shown that LTI-03 acts to restore balance in the lung, promoting survival of cells capable of producing healthy lung tissue, and also stopping production of scar-like material.  Restoring the balance of important biological signals in the lung may not only slow the progress of the disease but could also restore healthy lung function. LTI-03 represents the potential for improvement in the projected outcome for IPF patients.

LTI-03 is currently in a healthy volunteer Phase 1 clinical trial.